By now, just about everyone in Seattle is aware that the Alaskan Way Viaduct is permanently closed and scheduled for demolition. The massive elevated double decker freeway that runs along Seattle’s waterfront has been a part of the city since 1953. It is being replaced by the SR 99 tunnel, which officially opened on February 4th. 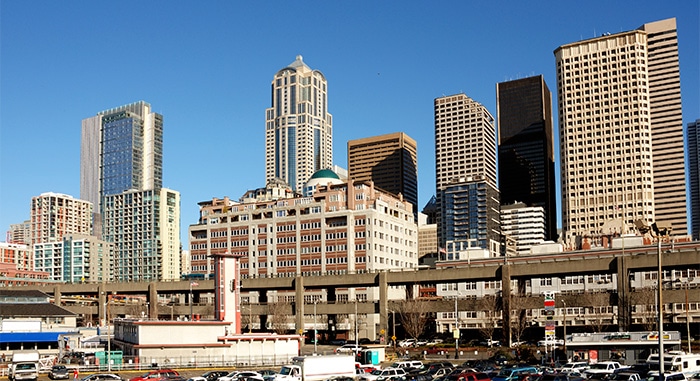 It’s unclear on how many people will actually miss the viaduct. But one thing is for certain, it will soon be gone for good. To celebrate this momentous occasion, on February 2nd WSDOT (Washington State Department of Transportation) held a city-wide public event to say goodbye to the viaduct and hello to the new tunnel.

The viaduct was opened to the public for the festivities . People were free to walk around and explore one last time. The family friendly event was action packed with art installations, food trucks, live music, an 8k fun run, and more. Thousands of people attended. 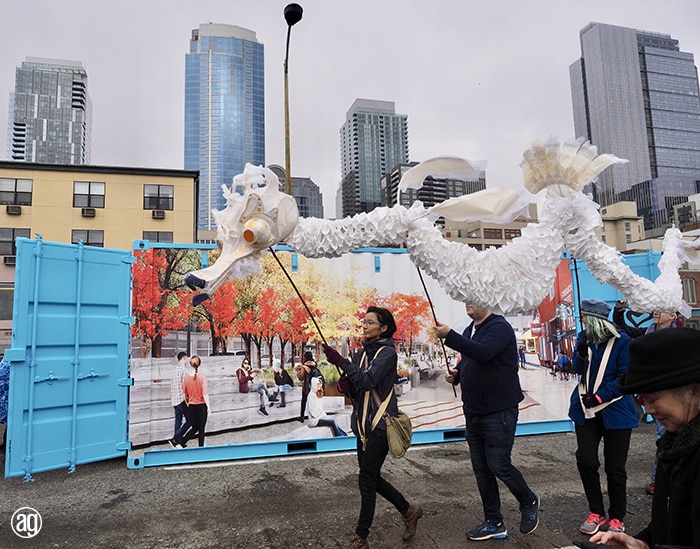 We were fortunate to work on an art installation created by Friends of Waterfront Seattle. They are a nonprofit organization helping to rebuild the waterfront. They partnered with EnviroIssues to help drive the project.  We printed and installed all the graphics that transformed an ordinary shipping container into a work of art.

The artwork consists of beautiful digital illustrated murals depicting what the Seattle Waterfront Park will eventually look like after the viaduct is finally removed. The outside walls are covered with vinyl wraps. The inside panels are printed on Gatorplast foam board.

It’s an interactive piece. With the doors open on both ends, event goers could walk through the container and experience the future park in an interesting way. 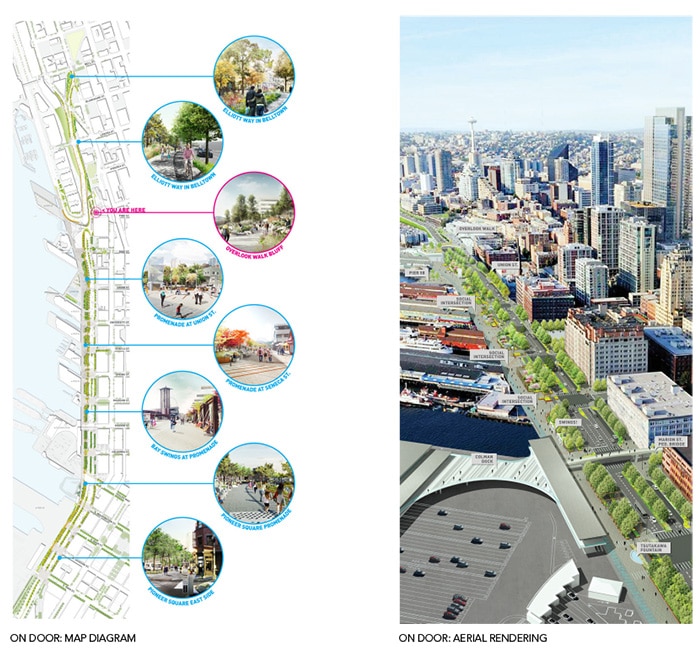 *artwork design by Friends of Waterfront Seattle and EnviroIssues

The shipping container was a hit on all levels. The design and execution is spot on. Not only is it fun to look at, it also doubled as effective marketing piece that spread awareness of Friends of Waterfront Seattle’s core mission. It got people engaged and excited about the new park to be.

As a business located on the waterfront, we cannot wait to see how the space develops over the next few years. A special thanks to Friends of the Waterfront for making it happen. 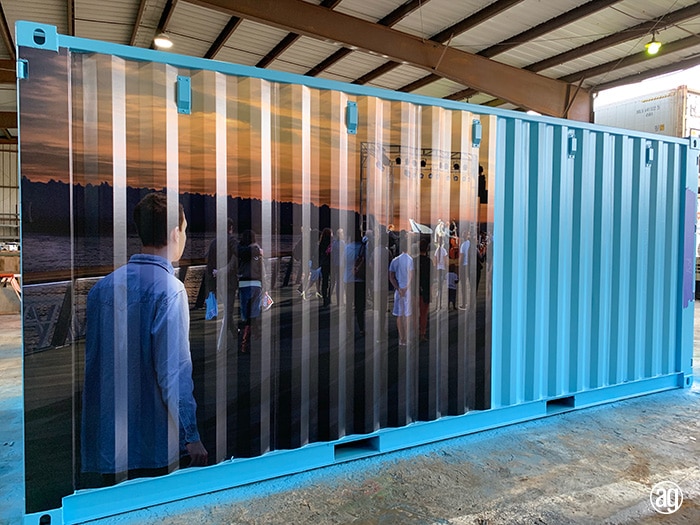 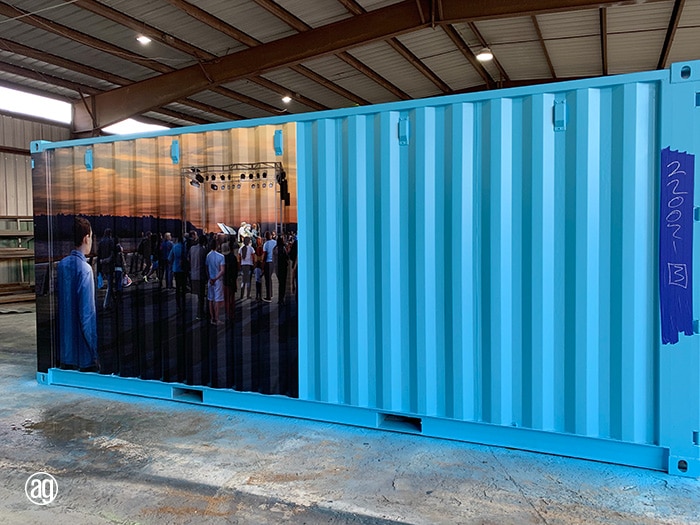 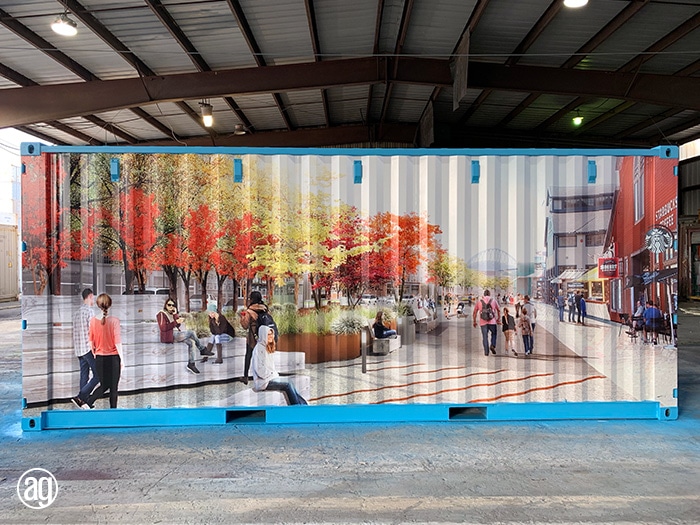 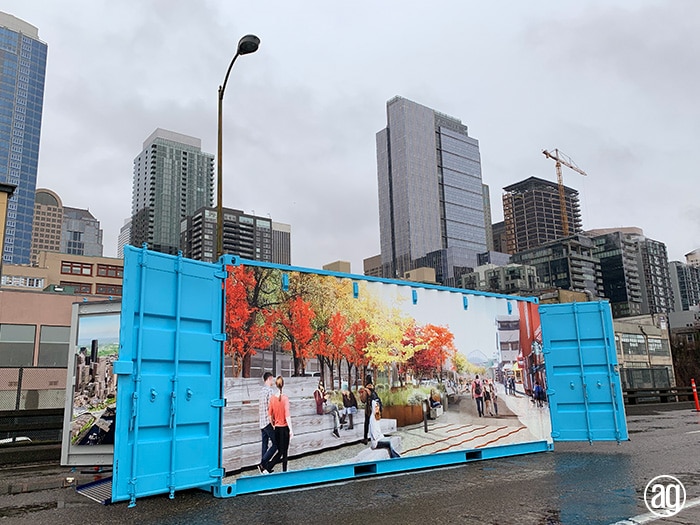 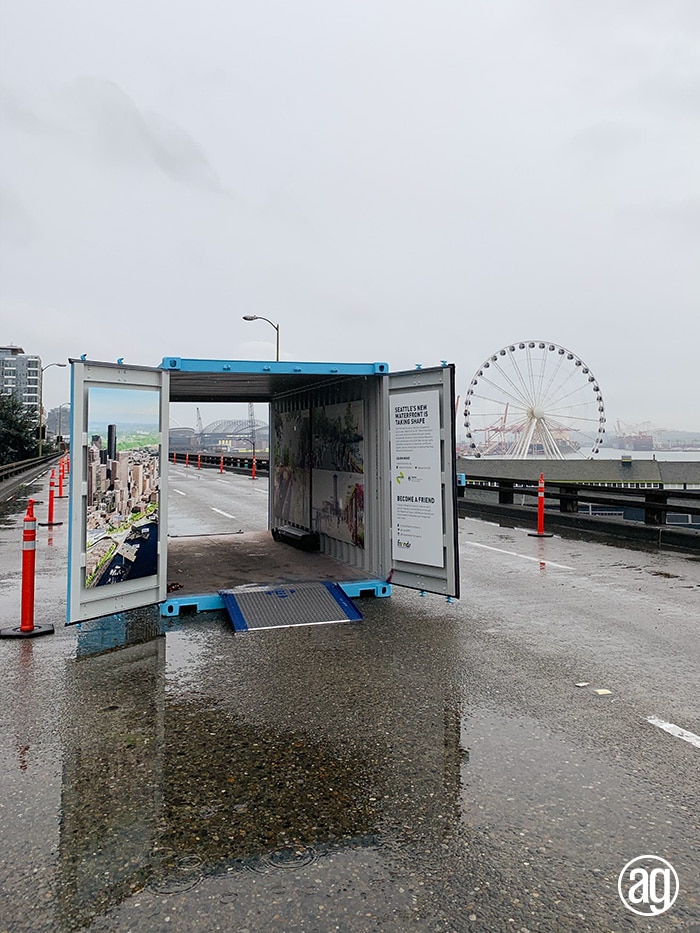 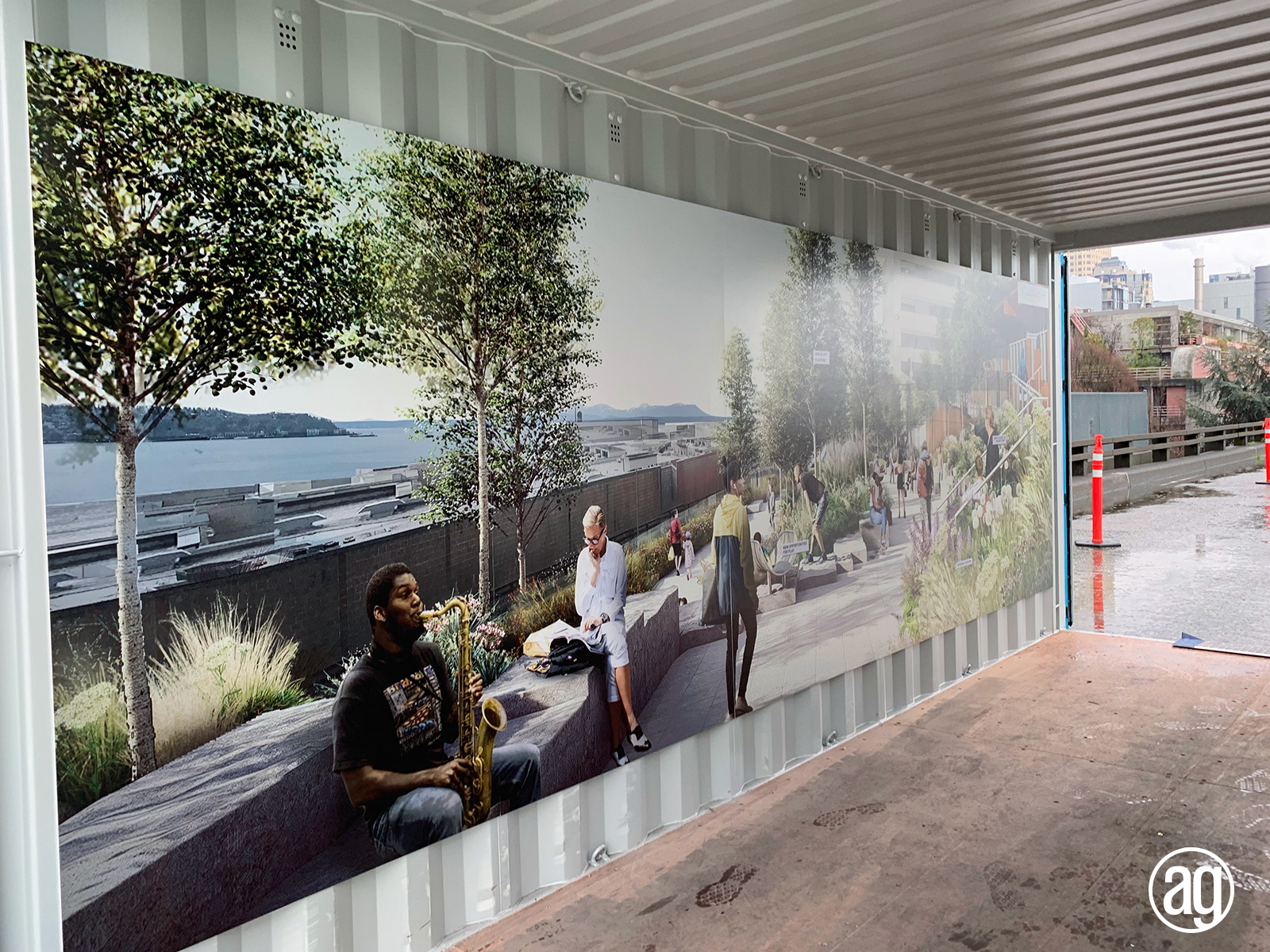 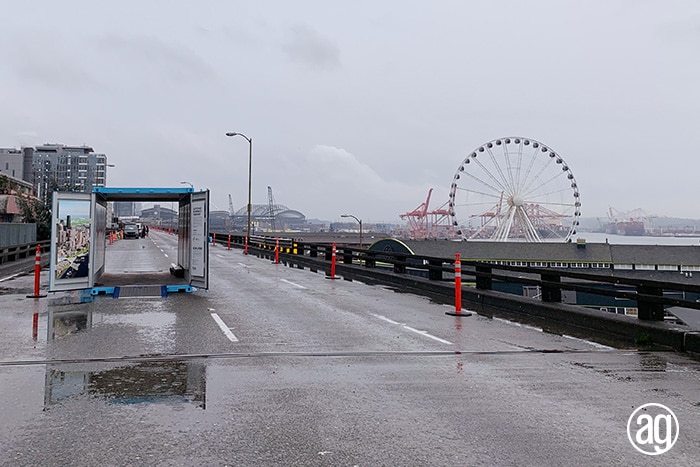 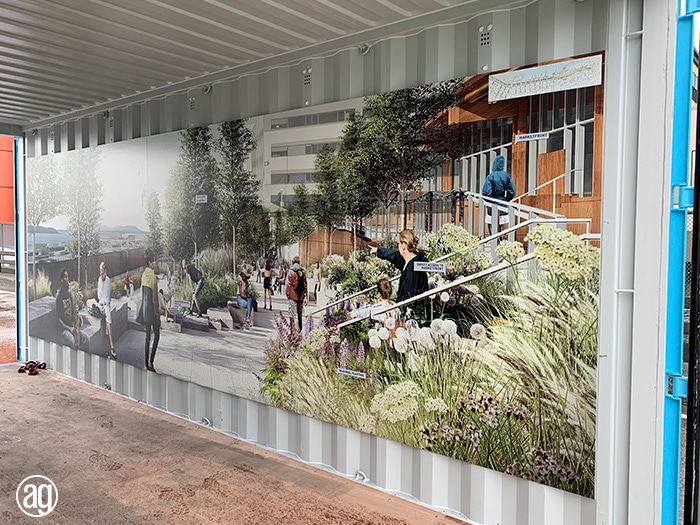 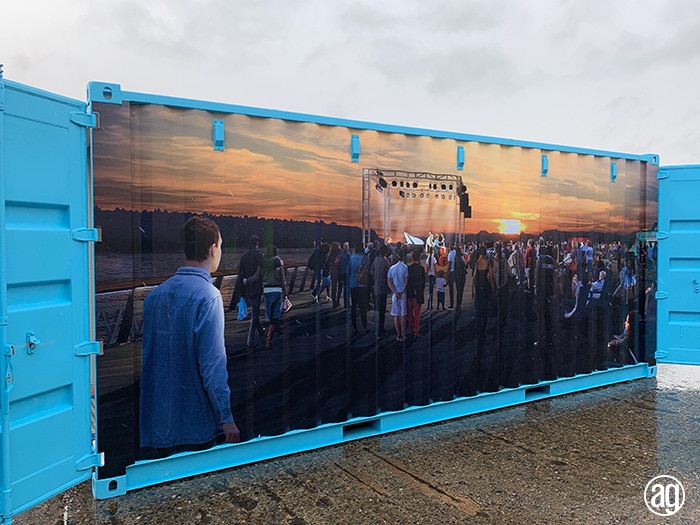 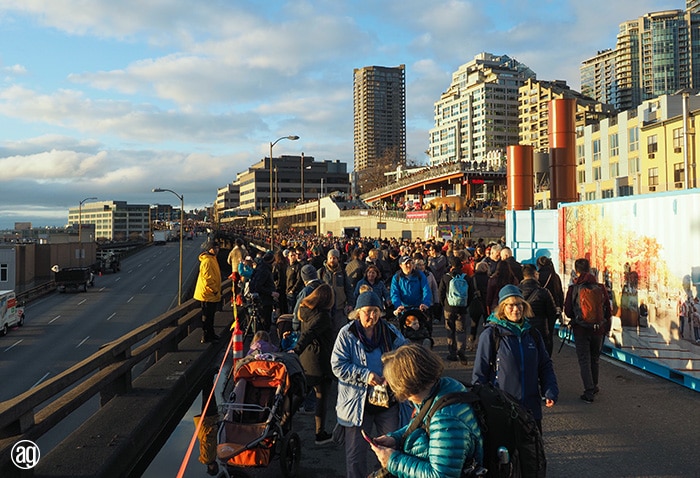 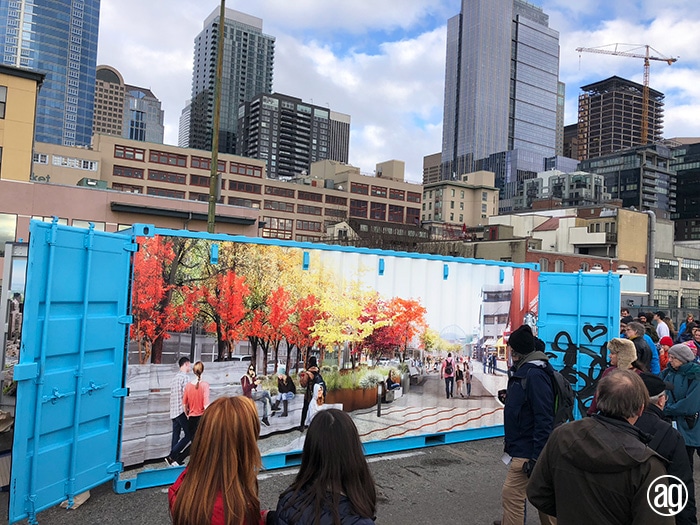 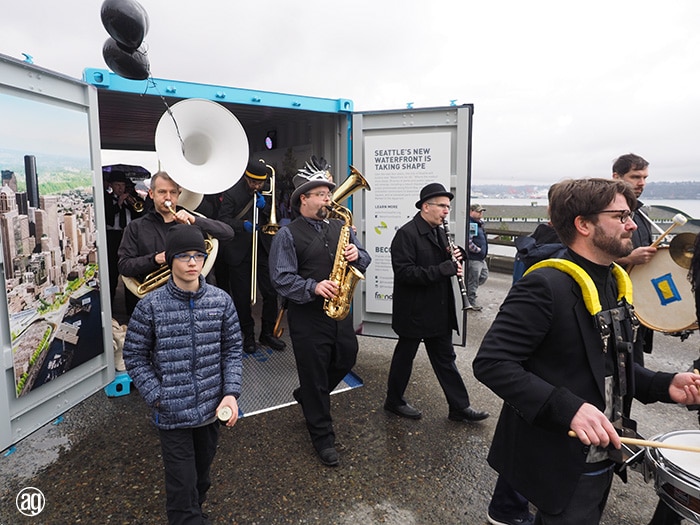 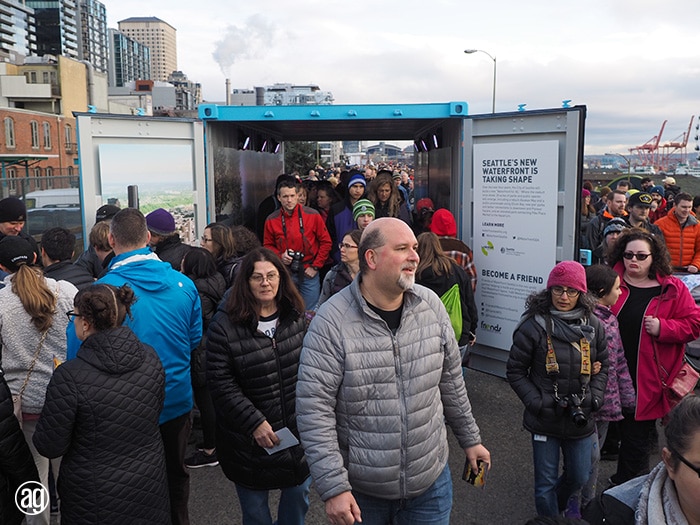 Back to Blog archive

We do big.
We do small.
We handle it all.

Clients from “A” Amazon to “Z” Zillow